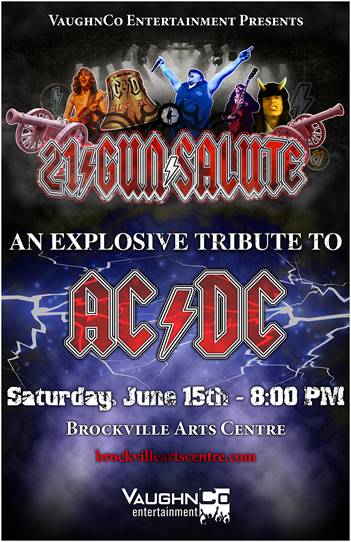 × From the Promoters who brought you the RUMOURS The Ultimate Fleetwood Mac Tribute!

A SHOW THAT WILL KNOCK YOUR SOCKS OFF!!!

21 GUN SALUTE is undoubtedly one of the premiere AC/DC reviews ever assembled. The band pays true homage to AC/DC’s high voltage rock n roll. From the Bon Scott raw rock n roll early years to the bands evolution throughout their thirty year tenure with Brian Johnson. Every detail has been painstakingly reproduced, from the smoking cannons and HELL’S BELL stage props to Angus’s school boy outfit and signature live antics and lead singer’s absolute dead on vocal rendition of both Bon Scott and Brian Johnson.